FBI is investigating attack as an act of Islamist terrorism

Witnesses say Neville – a father of two – was bleeding from the neck and back after the stabbing.

According to law enforcement officials, the suspect possesses a Canadian passport, and is from Quebec. 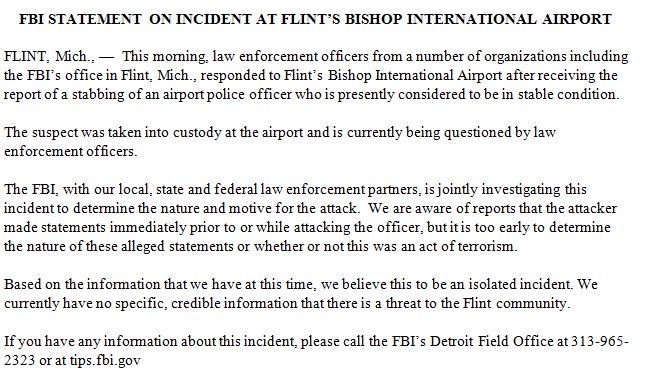 After the stabbing, officer Neville was taken to hospital in critical condition. He has since undergone surgery and has been upgraded to stable condition.

The threat of Islamist terror is clearly rising throughout the western world, despite the pathetic attempts of our politically correct politicians to pretend nothing is happening.

It is well-known that Canada has a problem with Islamist terrorism, yet the Trudeau government is pushing legislation that makes it tougher for authorities to arrest terrorists in order to prevent attacks.

Remember, Justin Trudeau actually wants convicted terrorists to keep their Canadian citizenship, and puts political correctness ahead of taking action to protect Canadians from those who want to kill us.

So long as those in power remain weak and stupid, we will be put at ever-increasing risk.