With all that money from donors, the CPC still struggles on social media, with even their non-mistaken messages often getting ratioed over and over again.

This week, it’s the Conservatives turn to have a jobs message mistake.

On Twitter, the party posted a message that praised Trudeau and the Liberals for being “more worried about saving Canadian jobs than their own.” 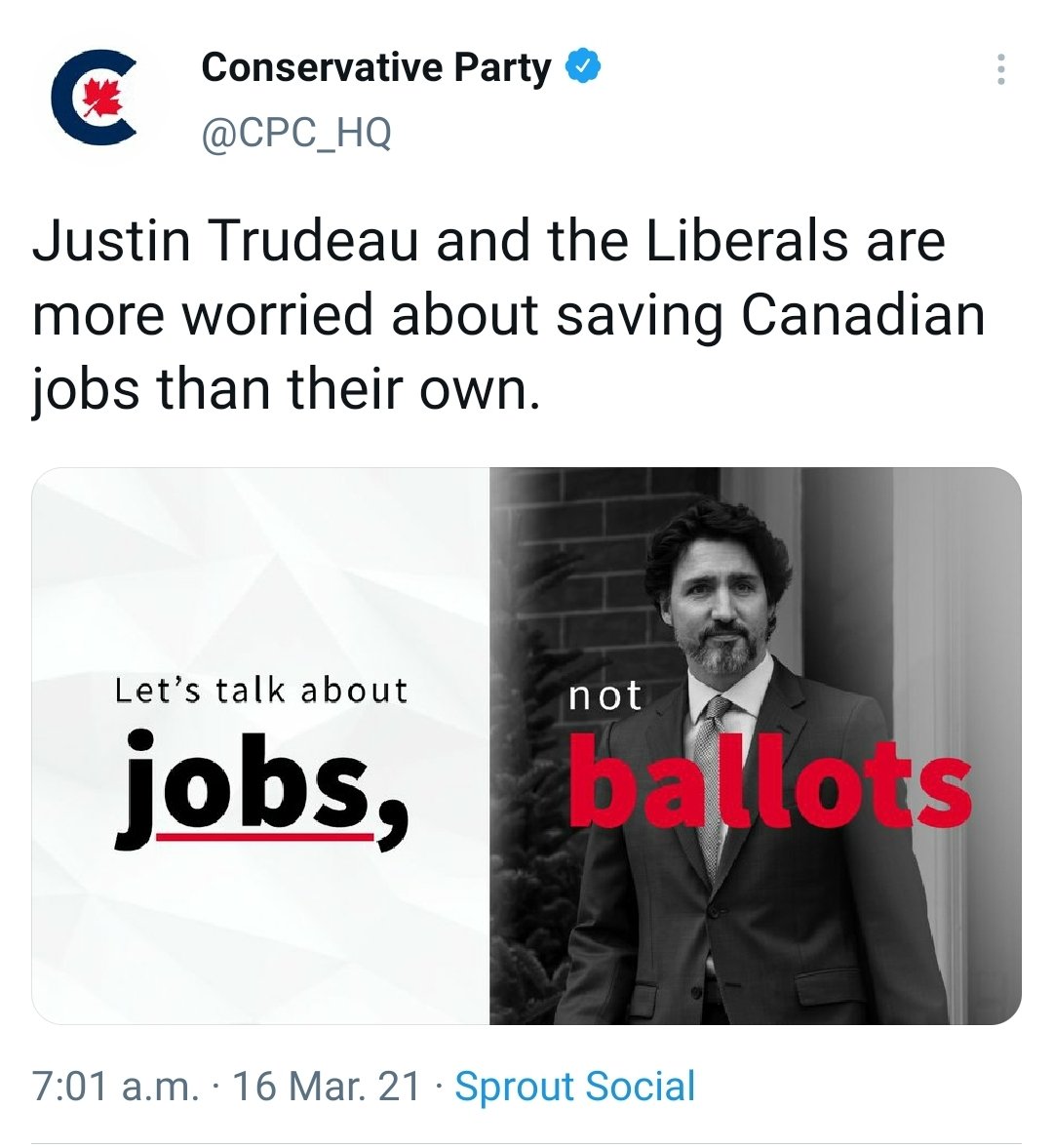 Of course, they meant the opposite, but the Liberals quickly noticed and started sharing the since-deleted Tweet:

Others pointed out that this is just the latest in a long-line of social media issues for the CPC:

“I’d like to dedicate this tweet to everyone who has been offended by my numerous calls to fire conservative party social media teams.”

I'd like to dedicate this tweet to everyone who has been offended by my numerous calls to fire conservative party social media teams. pic.twitter.com/81Qow0lEvm

Of course, this was a human mistake that could happen to everybody. I’m sure I’ve had my share of bad Tweets and typos.

A bigger problem for the CPC on social media however can be noticed in the fact that they are often ratioed, with comments (mostly negative), exceeding their Retweets.

That is often the case on Tweets posted by Erin O’Toole, with party messaging simultaneously struggling to motivate party supporters and generating opposition.

Perhaps the deeper issue here is how the Conservative Party is a fundraising juggernaut, regularly surpassing the other parties by wide margins, yet they continue to struggle to translate that money advantage into effective communications.