With the cost of living surging under the Trudeau Liberals, their scheme to tax your home will make life even more expensive.

The Canadian Federal Election has been rocked by the revelation of the Liberals plan to tax the sale of homes, effectively meaning they will be bringing in a new Housing Tax that will make life even more expensive.

In a campaign in which affordability and the cost of living has been a key issue, this revelation could do severe damage to the Liberal campaign, at a time when Justin Trudeau already seems out of touch with the concerns of many Canadians.

Now, their scheme on the Housing Tax has been revealed:

“Liberal candidate Jason Hickey says Canadians will have to pay tax on any profits they make from selling their primary residence.”

Liberal candidate Jason Hickey says Canadians will have to pay tax on any profits they make from selling their primary residence. pic.twitter.com/vSiK8KSVqj

“But of course, anyone selling their primary residence, if you do make money on that, unfortunately you will have to pay tax on that. I wouldn’t agree to that either but it’s what we have to do,” said the Liberal candidate.

If you look at the 30 second mark of the video, it’s clear that Liberal candidate Hickey realized he revealed something that he shouldn’t have.

Before this revelation, some in the Liberal Party had previously pushed for a tax on housing that would reach 50%.

The Liberals claim they have rejected that proposal, but the admission by Hickey has cast that denial into new doubt.

Conservative candidate Pierre Poilievre slammed the Liberals following the revelation of their plan to bring in a Housing Tax:

The fact is, the Liberal Housing Tax will further add to the cost of living.

As we know, if you want less of something, you impose a tax on it.

Thus, a Liberal Housing Tax would further reduce housing supply and make housing more expensive, precisely the last thing our country needs as home ownership gets more and more out of reach for millions of Canadians.

Trudeau Liberals have been preparing to impose Housing Tax

As noted by Conservative candidate Dan Albas on Twitter, the Liberals have clearly been laying the groundwork for a new Housing Tax for quite some time:

It was Justin Trudeau's Liberal Gov. who changed the reporting requirement to include information about the sale of your principal residence on your tax return. pic.twitter.com/PrIXSlHzbK 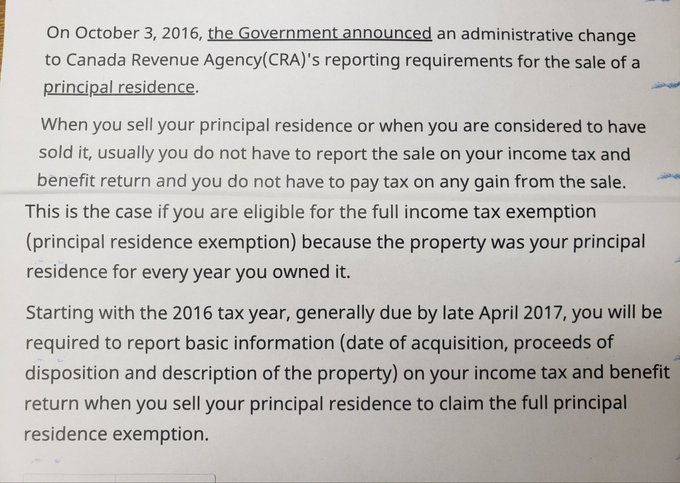 It is now obvious that the Trudeau Liberals plan to impose a new Housing Tax, and that tax will seriously hurt Canadians.

Since Justin Trudeau has never had to worry about paying the bills, he can’t understand the choices regular Canadians have to make on a daily basis.

To him, all of our money ‘belongs’ to the government, and he sees the Housing Tax as another way to take more money from Canadians and centralize more power in government. The fact that it will further make housing unaffordable for Canadians, and will make life even more expensive is of little interest to him.

There’s a reason the Liberal candidate realized he messed up in his video admitting to the Liberal Housing Tax Plan:

It goes completely against what Canadians want.

With the rising cost of living perhaps the biggest issue of the campaign, and the issue that nearly all Canadians can relate to, the Liberals are now firmly on the wrong side of public opinion.

If word spreads about the Liberal plan to make life more expensive, then Canadians will turn against the Trudeau Liberals in huge numbers.

Thus, the Liberals are desperately trying to backtrack and talk their way out of the revelation of their plan to impose a new Housing Tax.

After endless lies, Liberals have no reservoir of trust

The problem for Trudeau and the Liberals is that after so many reversals, so much deception, and so much cynical dishonesty, there is no reservoir of good will or trust for the Liberals to tap into.

If they had governed in an honest and ethical manner, many people would be willing to trust in their denial of the Housing Tax scheme.

But, the Trudeau Era has been characterized by ethics violations, lies, and rampant hypocrisy.

When Trudeau said he wouldn’t increase the carbon tax, it turned out he was lying.

When he said increases would be limited, it turns out he was lying.

The only thing we could trust was that the Liberals were planning to increase taxes.

At this point, those are the depths Trudeau has talked himself into:

The only thing we can trust is that he and the Liberals can’t be trusted to keep their word.

After having attempted to generate multiple wedge issues, the Liberals are now completely on the defensive when it comes to housing affordability and the cost of living.

They will have to explain to Canadians why anyone should vote for a party that plans to make life even more expensive, at a time when the dream of home ownership is getting further and further away, and when inflation is surging.

Everything is getting more and more expensive, and this tends to turn people against whomever is in power. And when those in power show – as the Liberals are now showing – a total disregard for the struggles of regular people, and when they plan to make those struggles even harder, there can – and should – be a huge backlash at the polls.

If you value my independent perspective, you can make a contribution through PayPal, or directly through Stripe below. Your support is always appreciated!