<Insert Sarcasm Here> Who could doubt that this is anything but a move based upon Charest’s strongly-held principles?

With every survey, and membership sales numbers showing that Pierre Poilievre has a huge lead over Jean Charest in the CPC leadership race, the Charest campaign is attempting to change course.

Remember, at the outset of his entry into the race, Charest claimed that Pierre Poilievre should be disqualified for his support of the Freedom Convoy:

Speaking to CTV, Charest claimed that Pierre Poilievre’s support for the Freedom Convoy was ‘disqualifying’:

“I have a competitor by the name of Mr. Poilievre who supported, as you know, the blockade,” Charest told CTV Morning Live on Friday. “And if you want to be a leader in this country and a legislator, you can’t make laws and break laws.

“Laws are not a buffet table, if you’re a legislator, from which you choose what you want. Because what you’re really saying to people is I’m above the law,” Charest added in a separate interview with CTV News.

“You can’t be a leader of a party and the chief legislator of the country, as prime minister, and support people breaking the laws. That disqualifies you.”

“Hi Jean. Perhaps you might want to explain why your co-chair advocated calling in the military on protestors, comparing them to domestic terrorizers and has recently spoke in favor of vindictive Trudeau-style mandates.” 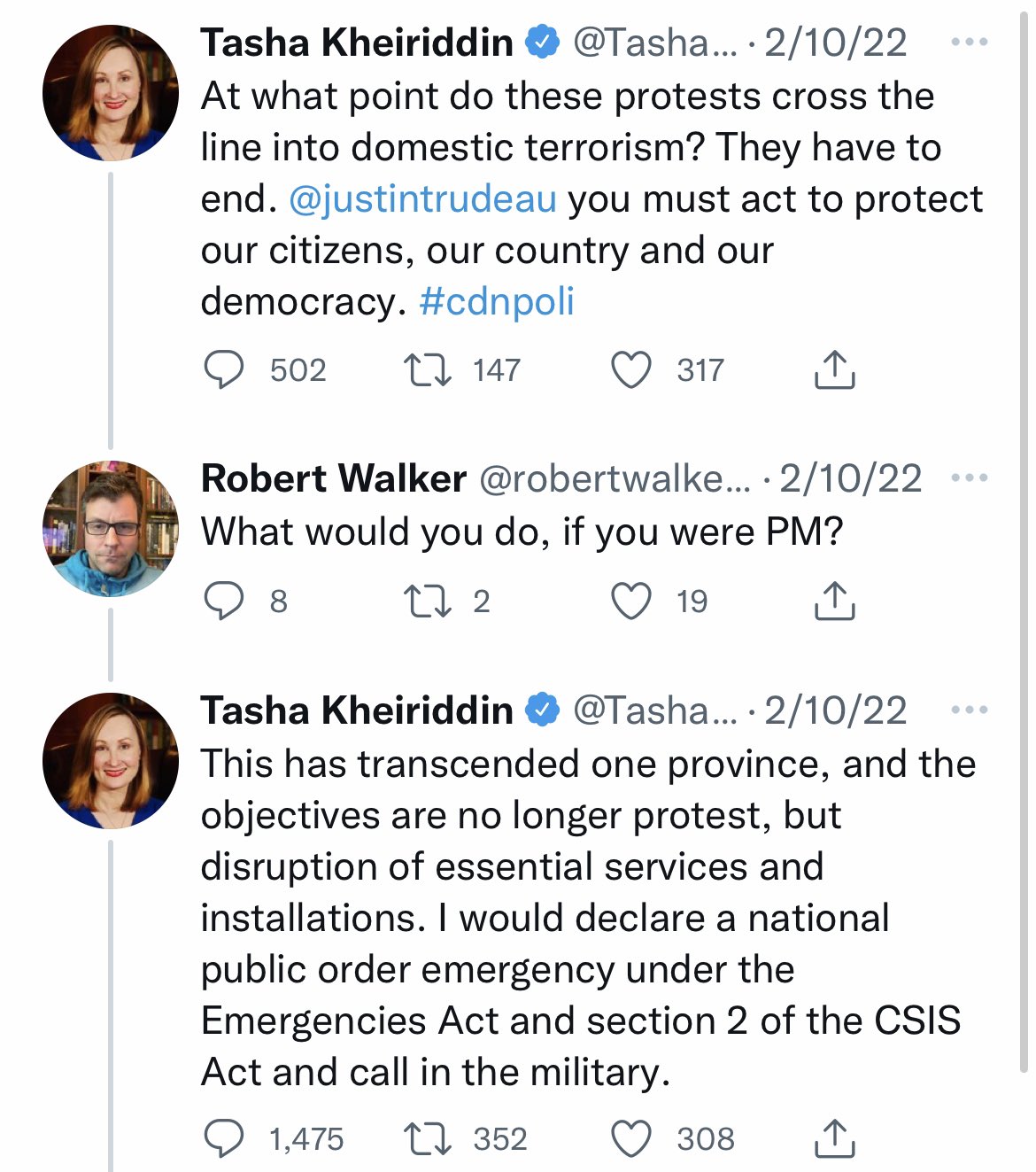 Yet, all of a sudden, Charest has changed his tune.

He’s now talking about how he agrees with Preston Manning that the persecution of Tamara Lich is unacceptable, and is criticizing Trudeau’s use of the Emergencies Act:

“I agree with Preston Manning. Under my leadership, Canada will conduct a National Commission of Inquiry into Trudeau’s COVID response, including his unprecedented and irresponsible use of the Emergencies Act. #cdnpoli #cpcldr”

I agree with Preston Manning. Under my leadership, Canada will conduct a National Commission of Inquiry into Trudeau’s COVID response, including his unprecedented and irresponsible use of the Emergencies Act. #cdnpoli #cpcldrhttps://t.co/jGyGshXbPS

So, what is going on here?

It seems quite clear that Charest’s initial elitist anti-convoy reaction was what he really believes. Charest has shown himself to be a big fan of using government power, and he tried to base his campaign around siding with the establishment press/Liberals against the Conservative base.

However, that’s not working for him.

He trails Pierre Poilievre by a massive margin.

As a result, Charest is trying to change his tune.

He’s trying to side with the Freedom Convoy – long after the fact – in order to gain some votes.

The contrast between Poilievre & Charest couldn’t be more stark.

Poilievre supported the Convoy from the start, even when it was politically risky to do so. Poilievre spoke out against the narratives of the establishment media, and played a big role in ensuring that the truth of the convoy was told.

Charest on the other hand took the side of the establishment media & Trudeau government when it came to the convoy, and – as mentioned above – even said Poilievre should be disqualified for supporting it.

What this means is that Charest’s change of heart is only a temporary maneuver. If he somehow became CPC leader, he would quickly turn against the Convoy again and would be glad to use government power just as the Liberals have.

At the end of the day, we just can’t trust Huawei Charest.

If you want to help stand up against the dishonest narratives of the establishment media, you can make a contribution to support my work through PayPal, or directly through Stripe below.