The response by Macklem, and the back-and-forth between him and Poilievre demonstrates why Poilievre has so much credibility on these matters, and why Macklem has so little.

You can see why for yourself below:

want to make your head explode?

Watch this clip starring @PierrePoilievre and Bank of Canada’s Tiff Macklem right to the endpic.twitter.com/C6XAs65J0h

If you have trouble viewing the video, you can click this link.

The video above is essential viewing, as it helps explain the deep divide in this country.

On the one hand are those who believe that status is all that matters. They think that if someone has the right title or job description they should automatically be given credibility. Since Macklem is the governor of the Bank of Canada, and Poilievre is not, they would trust Macklem over Poilievre.

On the other hand are those of us who believe that performance is what matters. Poilievre’s warnings were correct, and Macklem’s dismissal of those warnings was wrong. Thus, regardless of their titles or political status, Poilievre is the one with credibility on these matters, while Macklem lacks credibility.

Indeed, Macklem and the BoC had warned Canadians that what is happening now wouldn’t happen:

“for those who may not appreciate the relevance given this was 2 years ago in June 2020- Pierre asked about risk and Tiff basically told him to fck off. Subsequent to that Tiff assured Canadians no increases until at least 2023”

for those who may not appreciate the relevance given this was 2 years ago in June 2020- Pierre asked about risk and Tiff basically told him to fck off. Subsequent to that Tiff assured Canadians no increases until at least 2023 pic.twitter.com/ze9sXHKWiV 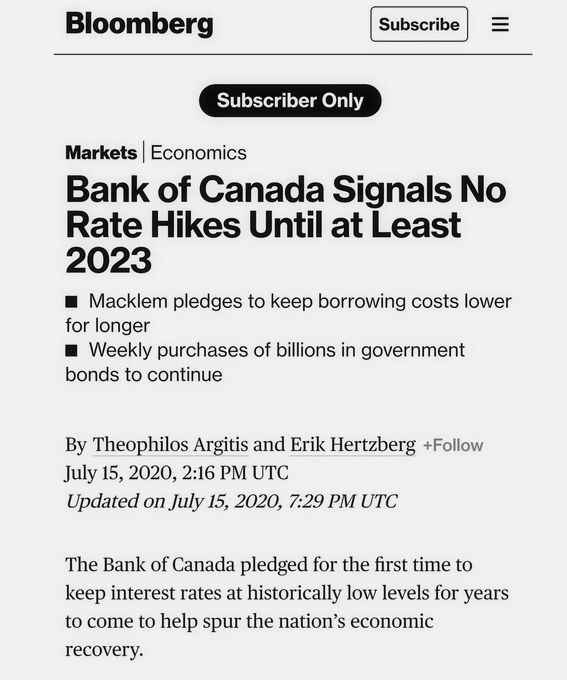 The Bank of Canada shattered their own credibility, while Poilievre’s prescience is a key reason why so much of the Conservative base trusts him to lead the CPC and lead Canada.

With the establishment media – who are like the Bank of Canada in demanding respect based on status without earning it based on performance – going all in against Poilievre, it is up to each and every one of us to help spread the truth and help ensure that poor performance is politically punished, and good performance is rewarded.