How can they justify booting Sloan when it appears responsibility actually rests with the central party.

With Conservative leader Erin O’Toole pushing to remove Derek Sloan on a weak pretext, Sloan is pushing back.

In a letter shared online, Sloan went through the chain of events.

He also made some quite interesting points, including saying that the Conservative Party of Canada approved Paul Fromm’s (going under the name Frederick P Fromm) application to be a party member, mailed him a leadership race ballot, and accepted his ballot when it was returned.

As Sloan notes, “Therefore the Party, and the O’Toole campaign, failed to uphold the same standards to which they are now applying to me.”

He also points out that even after O’Toole said he would investigate what happened, he never even contacted Sloan.

You can read Sloan’s full letter below: 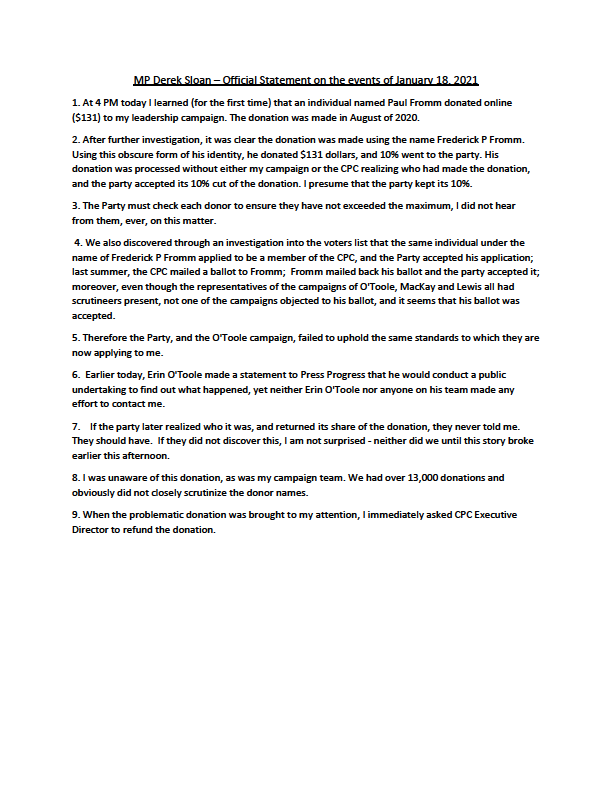